A- A A+
Contrast color
Search

We have a dedicated team of Trustees who support our work and bring a wealth of experience and guidance. 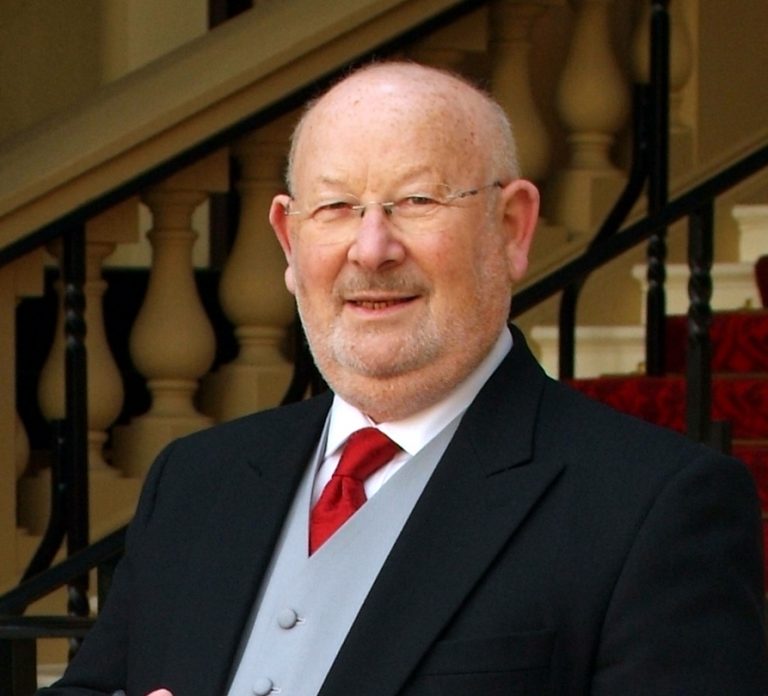 Malcolm is one of the founders of Jewish Blind & Disabled and started his association with JBD in 1968 when he dealt with the establishment of the charity; dealing with the charity commission and registrar of companies. He has been instrumental in locating and developing each of the buildings and has significant experience of property development and management.

In recognition of his tireless voluntary work, not just for Jewish Blind & Disabled but also for his synagogue and as senior trustee of the Cecil Rosen Trust, Malcolm was awarded a richly deserved MBE in the 2012 new year’s honours list. Malcolm enjoys visiting the developments and sits on the finance, development and allocations committees. He is an avid Spurs fan and loves a game or two of bridge. 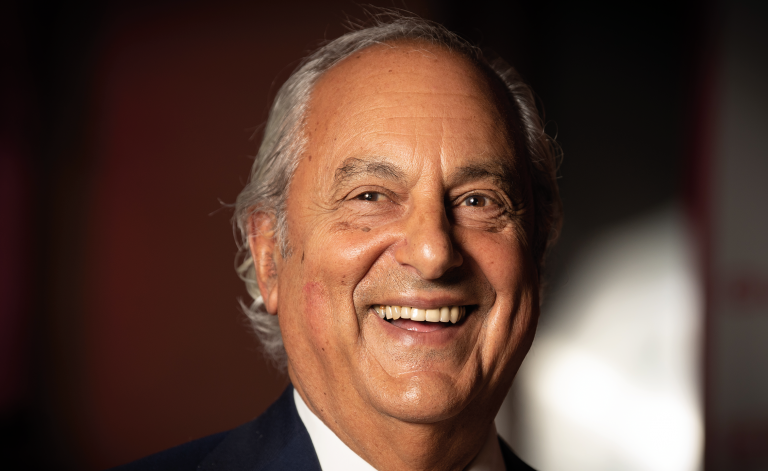 Jewish Blind & Disabled’s founder, the late Cecil Rosen, passed away in 1993. John, who had been a Council Member for some years, was asked to become Chairman. John stated that he would take on the role of Chairman, in a voluntary capacity, on condition he was allowed to drive the charity forward to meet the demands of the community. Since 1995, 6 additional developments have been built, adding an extra 248 flats to the previous 72.

John brings over 50 years of business experience having grown his business from a small shop in Shoreditch High Street, into a fully listed public company employing over 300 people in the UK.

John was awarded an MBE in 2016 in recognition of his work for services to disadvantaged young people and to people with disabilities in the Jewish community. 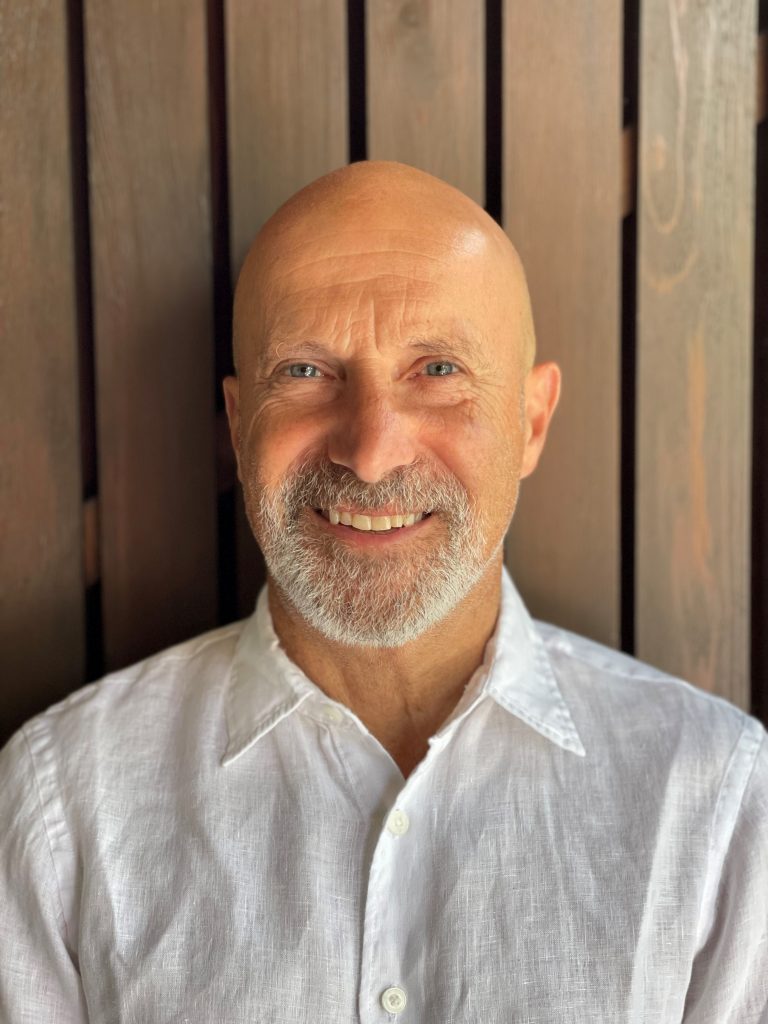 Marc said: “I have always admired the work of Jewish Blind & Disabled and feel honoured to be appointed as its next Chair. I have been impressed with the housing and support services on offer and am acutely aware that we will need to grow and develop to ensure we can support everyone in the community who needs the unique offering provided by Jewish Blind & Disabled”. 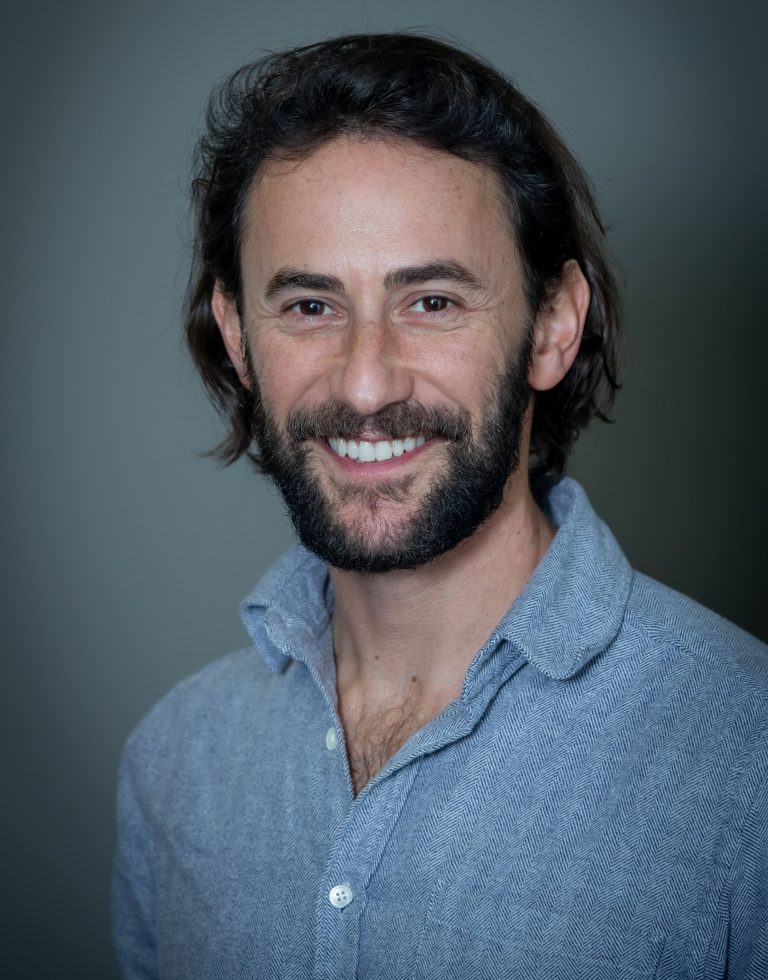 Antony was appointed as a Trustee of Jewish Blind & Disabled in 2018. He is a member of the Health & Safety Committee and takes a lead on our new build projects.

Anthony is a director of Devlux, which is a private property company focusing primarily on the
purchase and development of residential led mixed-use sites in London and the South East. He is also a governor at Etz Chaim School. 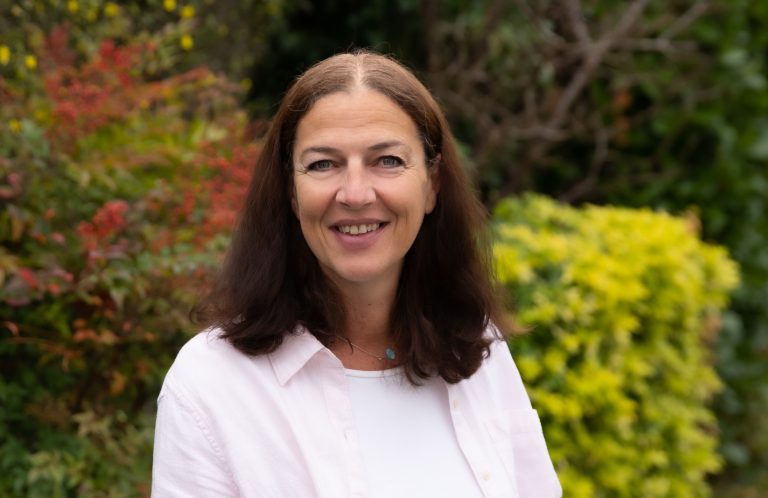 Fran has only recently been involved with Jewish Blind & Disabled but has been highly attracted to the organisation’s values and the focus on enabling and supporting people as tenants in their developments or in their own homes. She was appointed as a trustee in late 2022.

Fran has enjoyed nearly 30 years of working in the NHS as both a clinician and at a senior management level. She brings with her experience in transformational change and integration across health and care that always has a person-centred approach. Fran currently works as a director within a large teaching hospital. 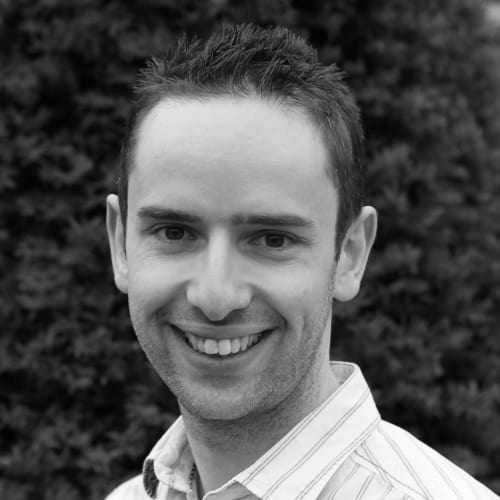 Jacob first got involved with Jewish Blind & Disabled in 2016 as a volunteer and Young Patron.

Jacob is an experienced COO in the technology industry, primarily in managed hosting. For the last 14 years, Jacob has run a managed internet infrastructure business called catalyst2. The outstanding quality of catalyst2’s customer care has been recognised with several awards and an excellent Trust Pilot rating. During part of this time he has also been interim CTO of an ecommerce business and previously ran a web development and design agency. Jacob holds a Business Information Systems, BSc Honours degree from Oxford Brookes University. 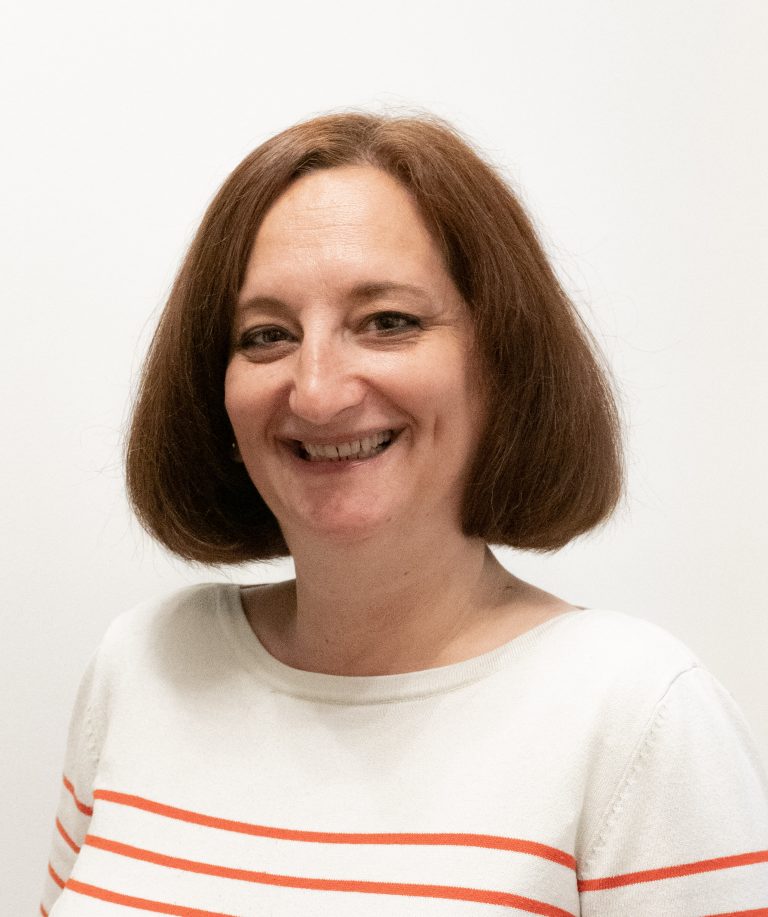 Laura first got involved with Jewish Blind & Disabled in 2021 to assist on the digital transformation work within the charity and was appointed as a trustee in 2022.

She believes the work within the housing and support services in the community, and the plans to develop and grow, will benefit from adopting and innovating with new technologies and processes. 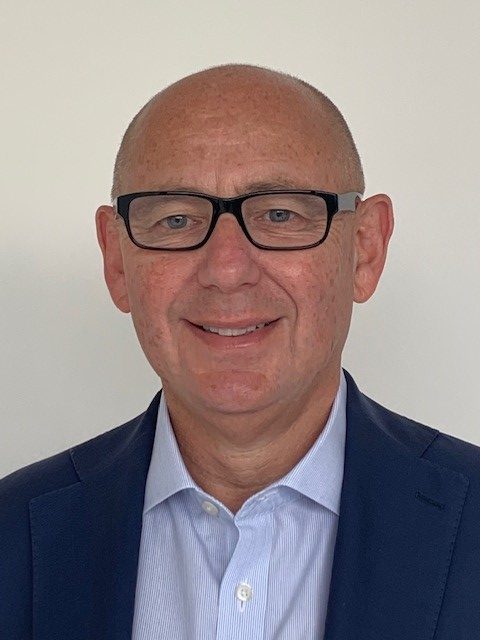 Stuart joined the Trustee Board in 2017. He has over 45 years experience in commercial real estate and is a joint venture partner working alongside Private Equity, Institutions and Banks. Stuart takes a lead on the development of a long term planned maintenance programme for the charity’s portfolio. 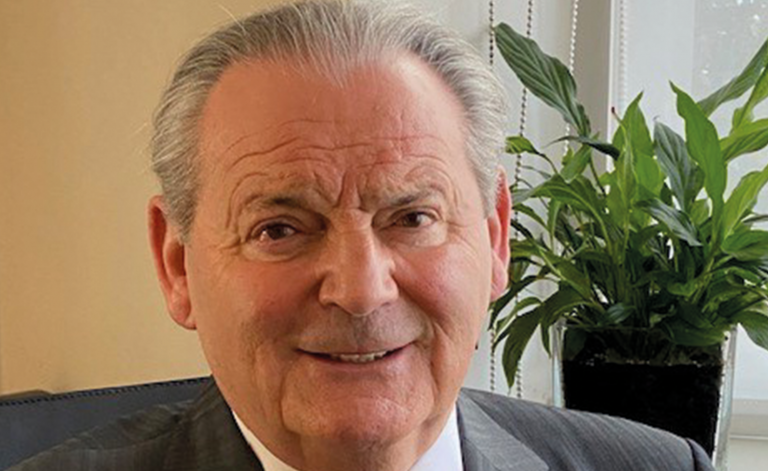 Tony became a trustee of Jewish Blind & Disabled in 2020 as he wanted to be part of a charity that was important and relevant to the community. He has been a qualified chartered accountant for 48 years and a senior partner of a practice that has a range of clients. Before joining JBD, he had just retired from a position in the court service and now can use his knowledge and experiences of public service to benefit the charity. He said the best part of his role as a trustee is seeing the continued success both in regard to meeting the needs of tenants and staff, and working with other experienced trustees. As the treasurer, Tony sits on our Finance Committee. Outside of work and voluntary roles, Tony is a big sports fan and is interested in travel, history and politics.

Peter first became involved with the charity in 2002 whilst working with Malcolm Ozin, back when the organisation was run from a small office in the West End, where they would periodically visit the developments together. Peter said: “I recall that Malcolm was on first name terms with every tenant and I guess his enthusiasm for JBD, the community and support it offered brushed off on me.”

Having been a Trustee of the Cecil Rosen Foundation since 2005 his association with JBD had always been close but he was invited on to the board in 2013. Peter brings long term knowledge of the organisation and an understanding of what tenants need and expect and he enjoys seeing how the team keep Cecil Rosen’s dream alive and current with the work they do. Peter proudly hosts a weekly quiz for tenants at Frances & Dick James Court and can often be found cold water swimming or walking when not working. 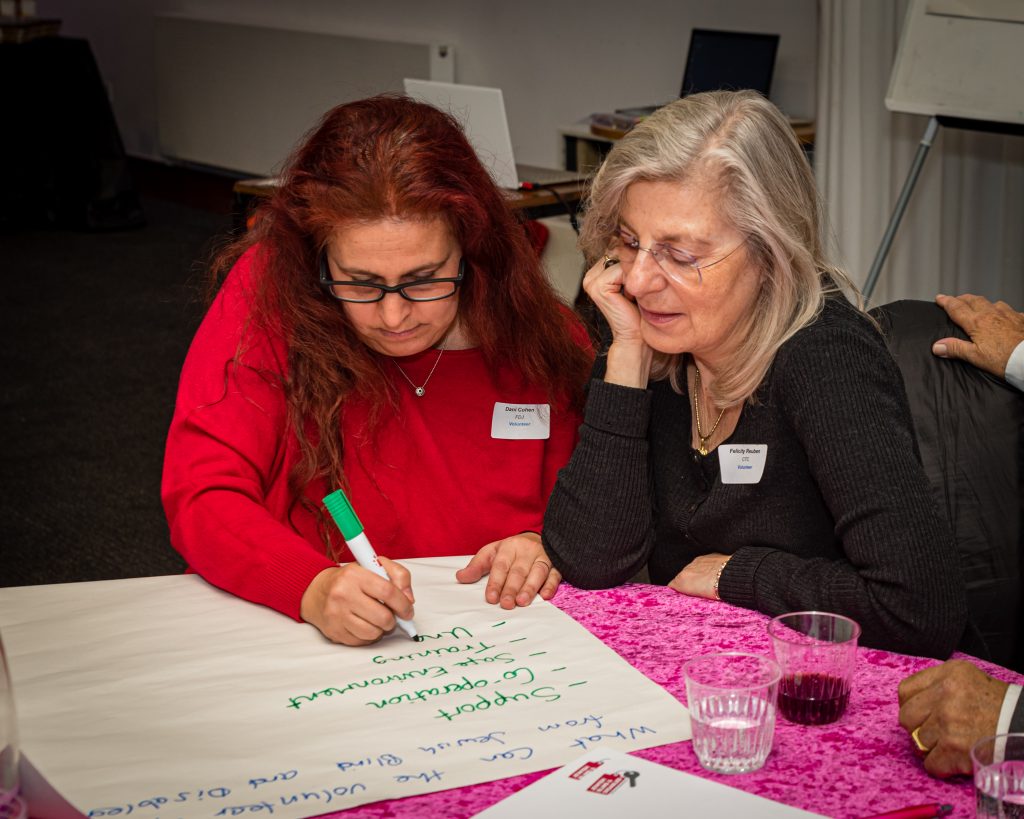 Find out more about the staff team at Jewish Blind & Disabled

This website uses cookies to improve your experience while you navigate through the website. Out of these, the cookies that are categorized as necessary are stored on your browser as they are essential for the working of basic functionalities of the website. We also use third-party cookies that help us analyze and understand how you use this website. These cookies will be stored in your browser only with your consent. You also have the option to opt-out of these cookies. But opting out of some of these cookies may affect your browsing experience.
Necessary Always Enabled
Necessary cookies are absolutely essential for the website to function properly. These cookies ensure basic functionalities and security features of the website, anonymously.
3rd parties
Functional cookies help to perform certain functionalities like sharing the content of the website on social media platforms, collect feedbacks, and other third-party features.
Analytics
Analytical cookies are used to understand how visitors interact with the website. These cookies help provide information on metrics the number of visitors, bounce rate, traffic source, etc.
Marketing
Advertisement cookies are used to provide visitors with relevant ads and marketing campaigns. These cookies track visitors across websites and collect information to provide customized ads.
SAVE & ACCEPT